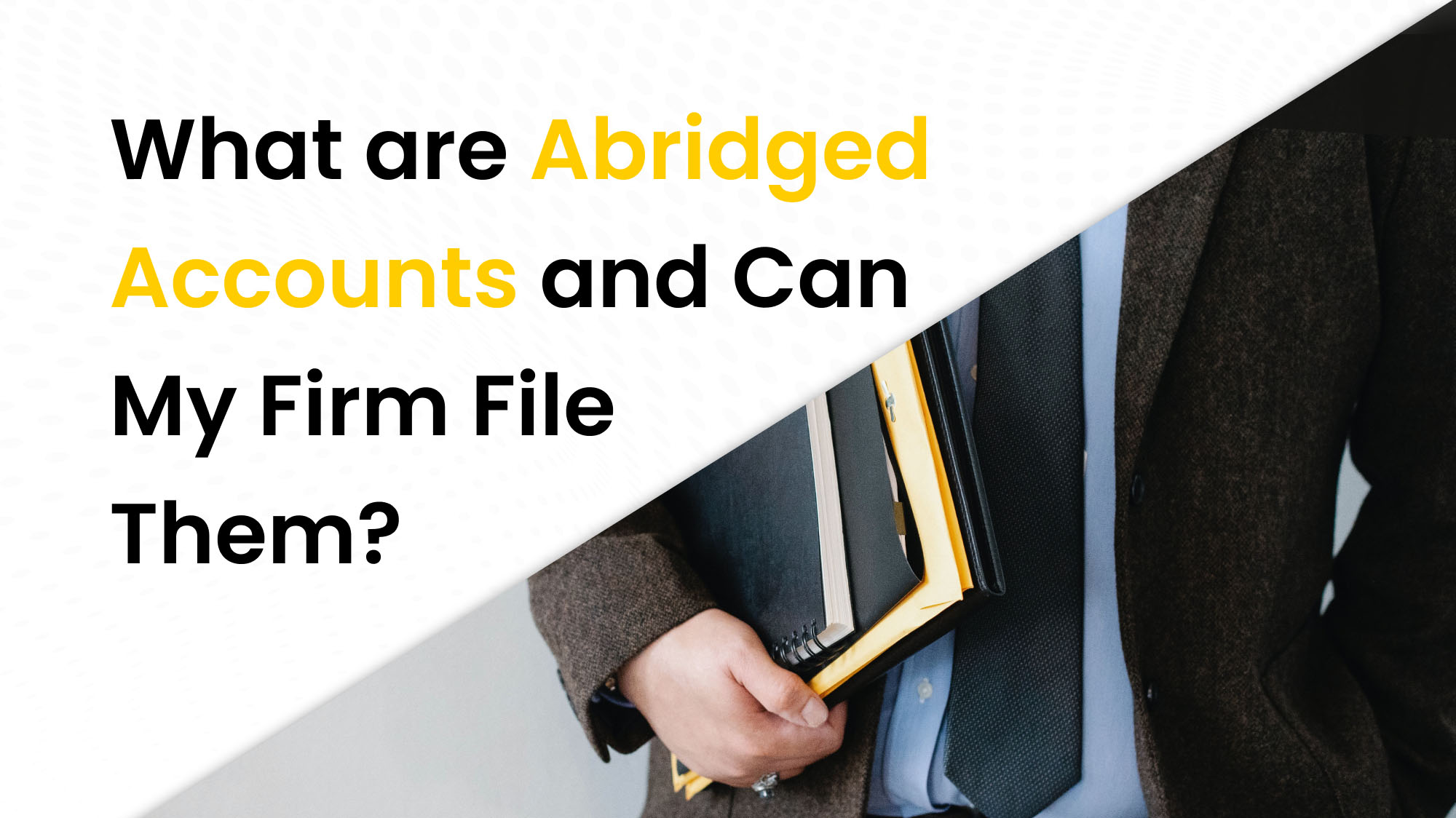 What Are Abridged Accounts and Can My Firm File Them?

What Are Abridged Accounts?

At the end of the year, all businesses in the United Kingdom are required by law to prepare statutory accounts. There is no getting out of it. To make their lives easier however, many small businesses previously chose to submit “abbreviated accounts” rather than complete accounts.

In that scenario, small businesses only needed to include a simple balance sheet showing their assets and liabilities because abbreviated accounts were much shorter – and a lot easier to prepare – than full accounts.

Under UK company law, abbreviated accounts were abolished on January 1, 2016. However, the good(ish) news is this does not mean that all businesses must now include all of their financial data when filing accounts with Companies House. There’s now an option to file an “abridged account,” which is a type of account that also doesn’t require a lot of information, or not as much as full statutory accounts anyway.

So, what exactly are abridged accounts? Abridged accounts are a condensed version of your company’s annual financial statements. They require far less information than full accounts, making them an excellent choice for companies that want to limit the amount of financial information that is publicly available about their operations. But obviously, you probably want to know just what has to be included, in what formats and so on. That’s what we’re getting to next.

What Has to Be Included in Abridged Accounts?

So, what exactly should be included? A simpler balance sheet, as well as any related notes, is most important. A director’s name and signature should appear on the balance sheet. You may also want to include a directors’ report and a simplified profit and loss account.

A breakdown of your company’s fixed assets, debtors, and creditors is not required in abridged accounts. You won’t have to disclose your corporation tax figure because there’s no breakdown of creditors (which means competitors won’t be able to estimate your net profit).

You could also “fillet” your abridged accounts. The profit and loss report, as well as the directors’ report, will be removed from the Companies House version of your financial statements, further shielding your information from nosy rivals.

Can My Company File Abridged Accounts? Should We?

Companies House has strict rules about which companies are allowed to file abridged accounts and which are not. Simply put, at least two of the following criteria must be met by your company:

Furthermore, you can only send abridged accounts if all of your company members agree. You must include a formal statement on the balance sheet confirming that the members have all agreed to abridge the accounts for this accounting period when filing your accounts with Companies House.

What About the Micro-Entity Accounting Option?

Micro-entity accounts are often the way to go for small businesses in their very early stages. Too often very small companies are not even sure if they need to bother filing accounts with Companies House at all. The fact is, yes, they do, and failing to do so can cause lots of problems down the line, the last thing you need when your company is starting to see the growth you hoped for.

Still confused about just which accounts to file, and what should be on them? Get in touch, and our accounting experts will point you in the right direction (and help make sure you stay on the right side of HMRC.)

Do abridged accounts need to be audited?

No. Abridged accounts do not need to be audited.

What is the difference between abridged accounts and full accounts?

Interested in finding out more? Chat with our experts today!

What do abridged accounts show?

Well, considering that abridged accounts are less detailed than full accounts, they contain less information. For example, the breakdown of balance sheet items is entirely excluded in an abridged account.

Specifically, an abridged account shows any notes regarding the accounts, a simple balance sheet, a director’s report, and a very straightforward profit and loss statement.

If you would like more information, feel free to book a call with our experts!