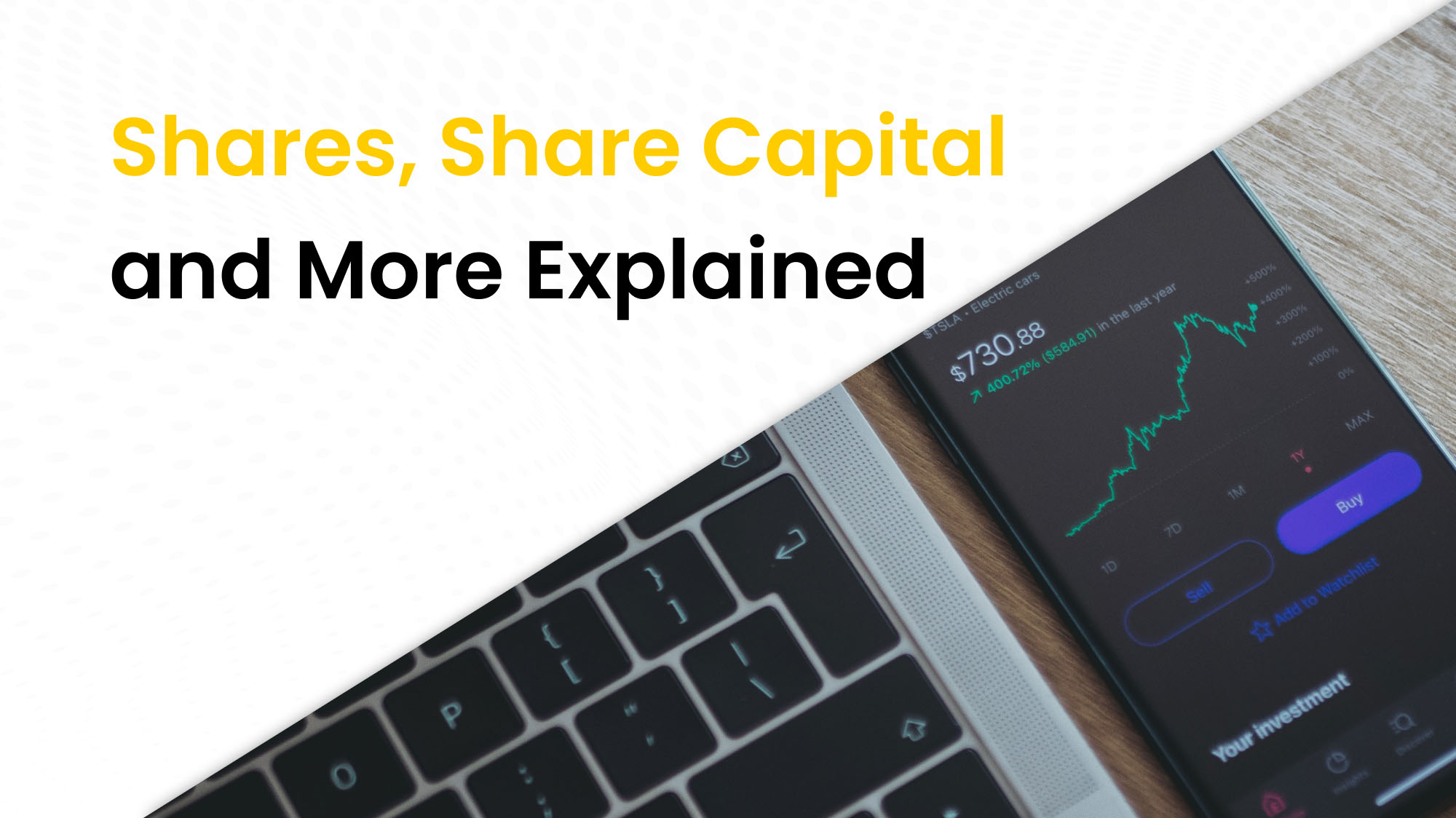 Setting up a limited company can seem like a daunting and confusing undertaking, and, as many new company principals discover, for lots of different reasons. Take share capital for example.

When setting up a limited company, you’ll discover that you are expected to issue at least one share. However, if you don’t quite understand what share capital is, or why it should be an issue for a new company at all, this can indeed be confusing.

What is the distinction between a subscriber and a shareholder? Is there a limit to the amount of capital that can be invested in a company? When your shareholders change, how do you notify Companies House? These are just a few of the questions commonly asked, questions we want to answer here, along with a few others.

The total number of shares that a company has issued to its shareholders is known as share capital. When forming a limited company, shares are usually issued in the amount of £1. If more than one share is issued, the company’s control will be determined.

Two shares for two shareholders, for example, means the company is controlled equally, with each party owning 50% of the company. The divide would be 40/60 if the two shareholders each owned two and three shares. This would obviously make a majority shareholder of person number two.

Is There a Minimum and/Or Maximum When It Comes to Share Capital?

As we mentioned, a minimum of one share must be issued by every limited company. Although there is no maximum share capital, all shareholders must pay the value of their shares to the company. For example, if a shareholder owns 50 £1-per-share shares, they must pay the company £50.

PLCs may also issue two shares at the time of incorporation, but they must also issue a share capital of at least £50,000, 25% of which at least will need to be fully paid and recorded before they begin trading.

Shareholders and Subscribers: What’s the Difference?

A subscriber has agreed to buy shares in a privately held company under the terms of a subscription agreement. At the time of incorporation, their name would appear on the Memorandum and Articles of Association.

A shareholder is a person who owns stock in a public or private corporation.

When Setting Up a PLC, Should I Pay for My Shares in Full?

The company has the option of issuing paid or unpaid shares. Ordinary shares issued by a limited company are usually fully paid. This means that the shareholder has paid the entire agreed-upon amount and therefore has no further payment commitments to the company.

A company can however issue unpaid or partially paid shares and decide whether or not to pay for them. This could be accomplished, for example, through settlements made on specific dates.

If a company were to go into liquidation, any shareholders would be required to pay the full amount owed for their shares.

Can I Give Some of My Shares to My Children?

Yes, unless the Articles of Association of your company forbid it. Many family-owned businesses ensure the future of their firm by transferring ownership to their children.

Children under the age of 18 are considered minors in the United Kingdom, and they lack the legal capacity to enter into contracts except for necessaries, or goods and services that are necessary or valuable to them, such as food, clothing, and education. Because shares would not be considered necessities, a child could not be forced to make good on a contract to buy stock, but would be allowed to ratify the contract after reaching the age of 18.

How Do You Add New Shares to a Company?

A company’s share capital can be increased by issuing new shares. Allotments should be made through the proper channels. The company’s directors allot shares on its behalf, and this is governed by the company’s Articles of Association or a firm resolution.

The Companies Act of 2006 makes an exception to this rule. Unless the Articles of Association specifically prohibit it, a private company incorporated under the Companies Act 2006 with only one class of shares does not require prior authorisation. In that case, a firm would have to adopt a standard resolution.

Within one month of the allotment of new shares, a SH01 form must be completed and filed with Companies House. This can be done on paper or electronically.

The form has two main sections: the allotment and the capital statement, both of which must be completed. This will notify Companies House of the number and type of shares that have been issued. The names of the new shareholders do not need to be reported to Companies House until the next Confirmation Statement is submitted.

How to Do You Change Shareholders? Can You Transfer Shares?

A share transfer form is all that is required if you want or need to transfer company shares or change a shareholder. If the shares are fully paid, a J30 form will be used. Because Companies House does not need to be notified until the Confirmation Statement is due, these forms will be kept with the new shareholders in the interim.

Who owns shares in your company, in what amounts and how much they pay for them (and when) are all things that can have a significant impact on your firm’s future as it grows. That’s why it’s usually best to have a financial professional involved when dealing with them. A mistake today could be hugely costly in the future.

Have more questions about company shares, share capital or other related issues? Get in touch here, we’ll be happy to answer them.

Wrongful Trading: What It Is and How to Avoid It

VAT on Business Expenses – What You Need to Know

Setting Up a Trust in the UK – A Complete Guide

Stamp Duty – What You Need to Know Now